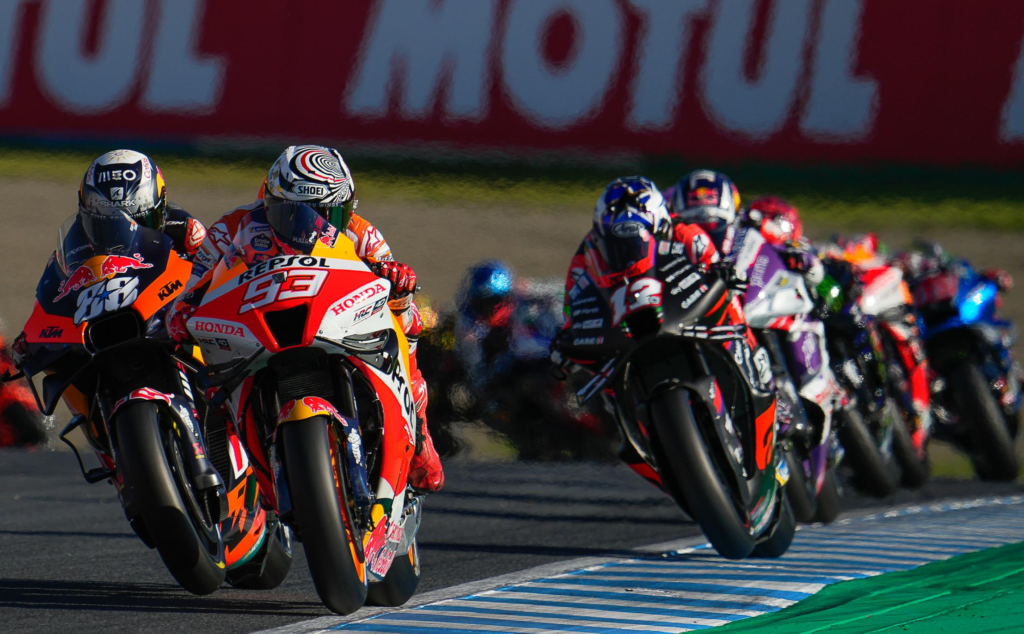 Which is why almost all journalists and pundits were wrong Not long ago, everyone heard and read about Honda’s problems in terms of the miserable results of their riders and the outrageously bad results of the world’s largest manufacturer. Not for the first time almost all writers, commentators and so-called connoisseurs of the scene were […] 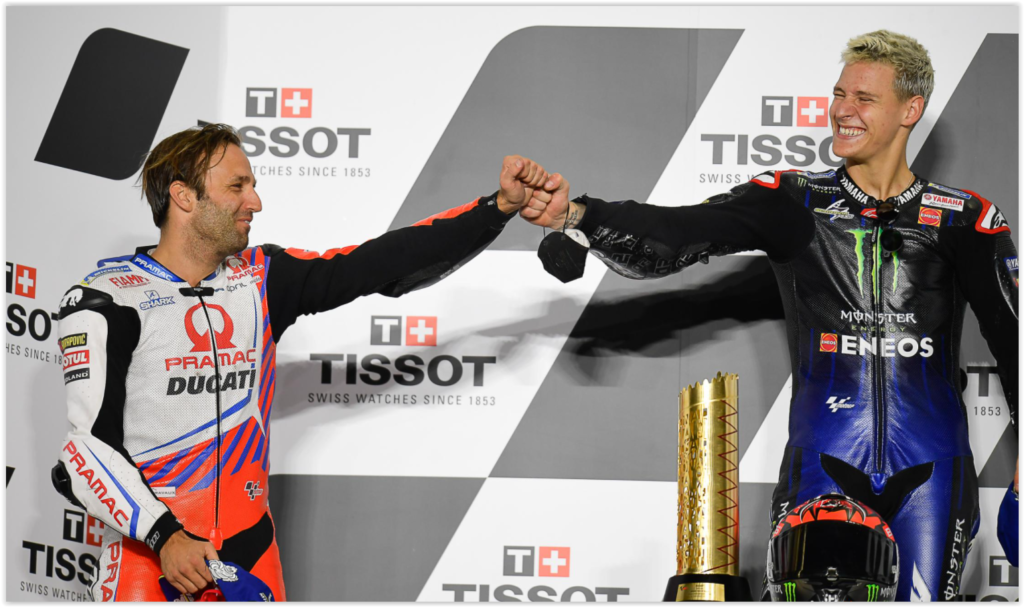 Can the world champion defend his title for Yamaha? A year ago, most of the supposed experts spoke after the Losail tests of Jack Miller as the big favorite for the year 2021. However, anyone who had read our preview in the winter before the start of the season was at least skeptical about its […]

The king from France 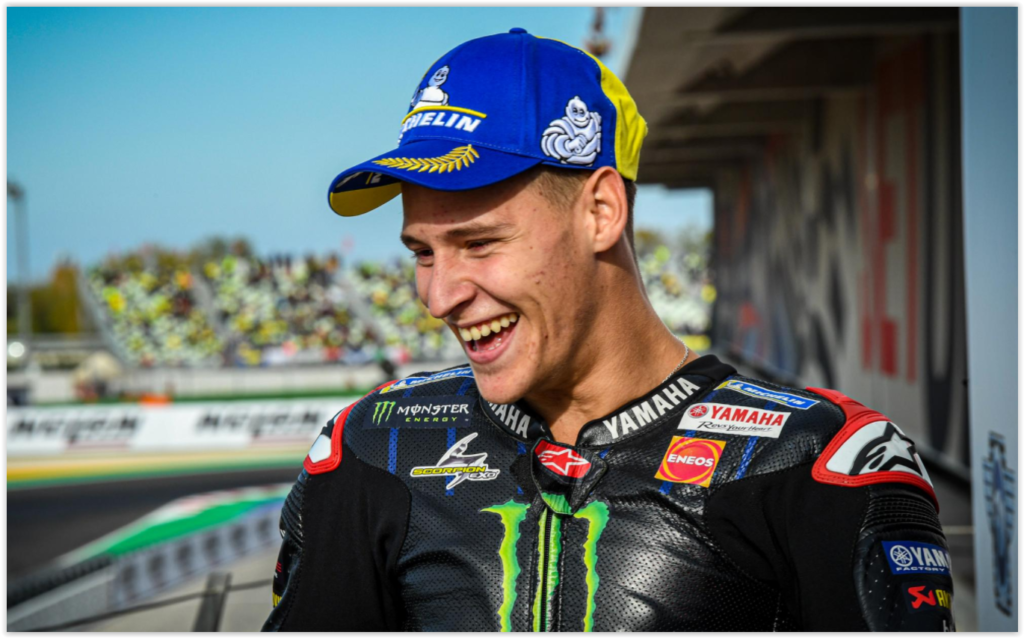 Ducati drama in Misano – Quartararo new MotoGP champion Sometimes we have to smile when we listen to MotoGP commentators, regardless of whether they are from England or wherever they come from. Before the sixteenth Grand Prix of the 2021 season, almost without exception, all of them spoke of the pressure that was on Fabio […] 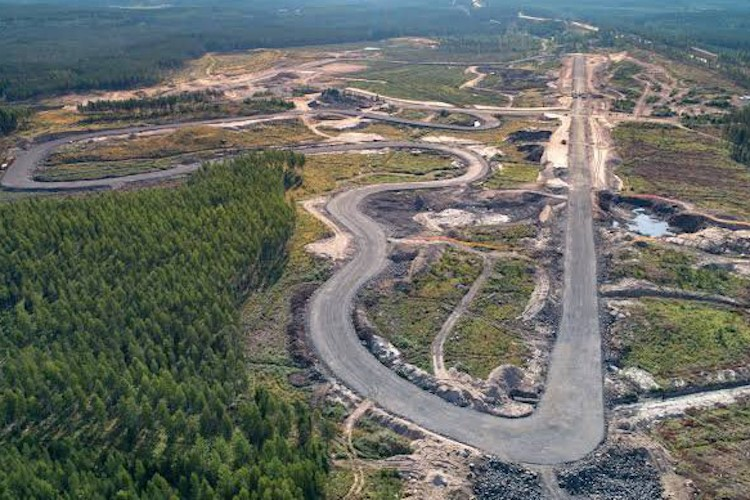 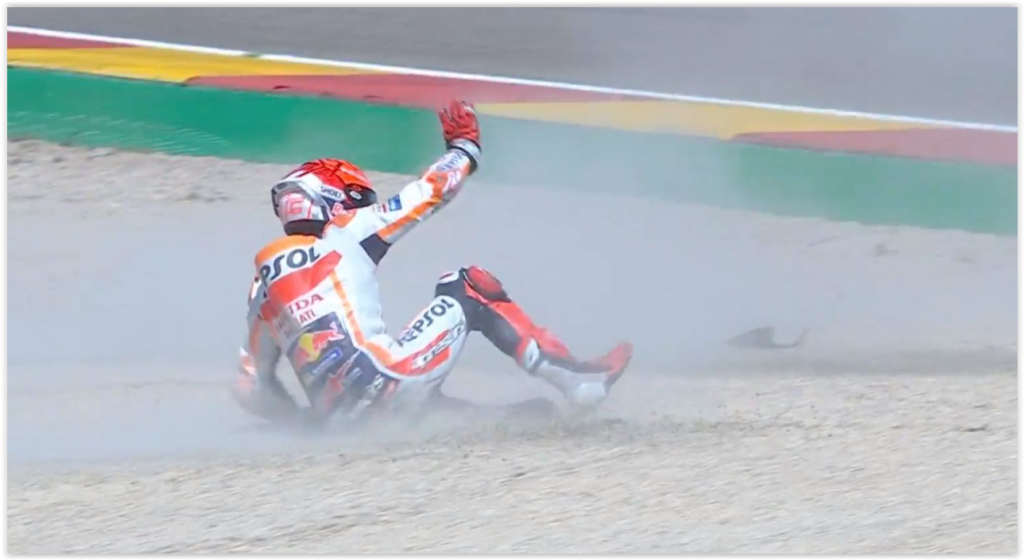 The MotoGP lap in Motorland Aragon with many surprises After his superior victory, the world championship leader had to be content with rank 8. Nevertheless, Fabio Quartararo was one of the winners, as were the three men on the podium and fourth place. After Aprilia’s first podium in MotoGP, Aleix Espargaró was also very satisfied […] 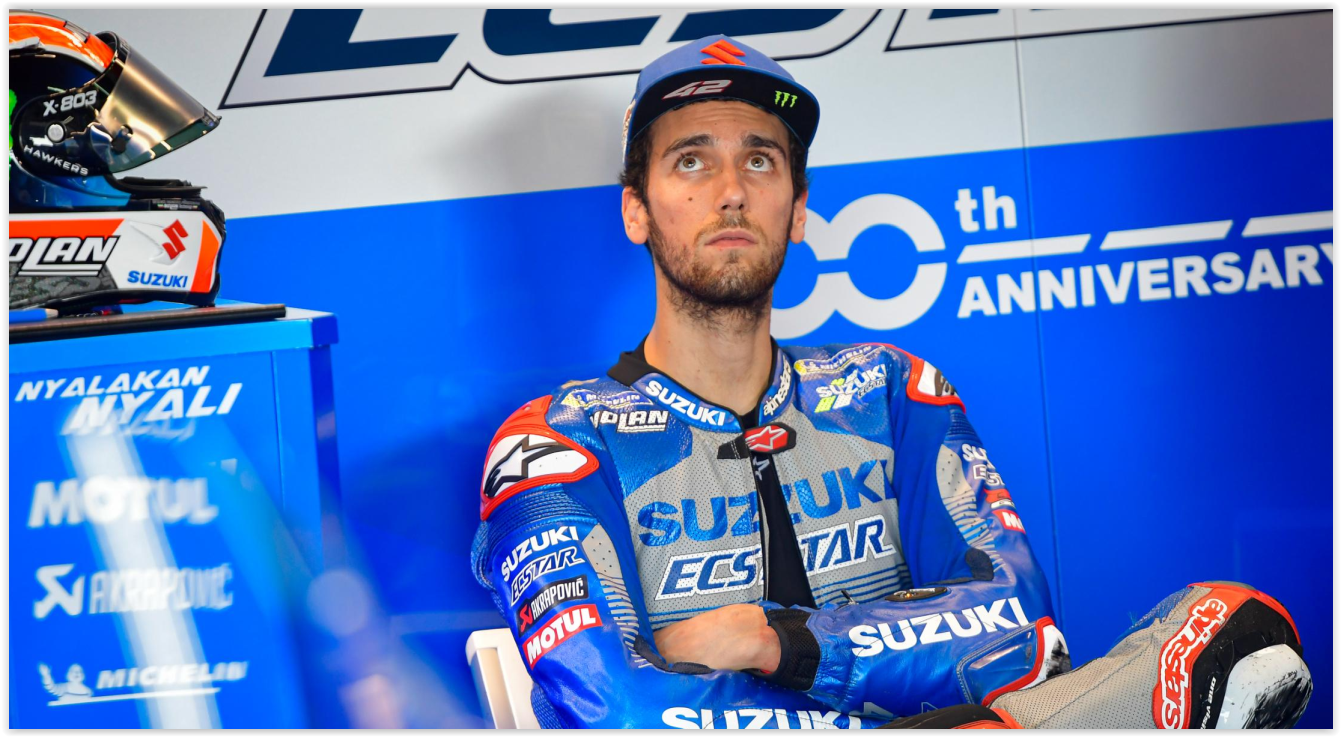 Does the round in Alcaniz bring a preliminary decision in the title fight? A year ago, the double race in Motorland Aragon brought the turning point in the MotoGP World Championship. Before that, Fabio Quartararo was 10 points ahead of Suzuki Ass Mir in the interim ranking. Back then, two third places were enough for […]

The shame of Silverstone 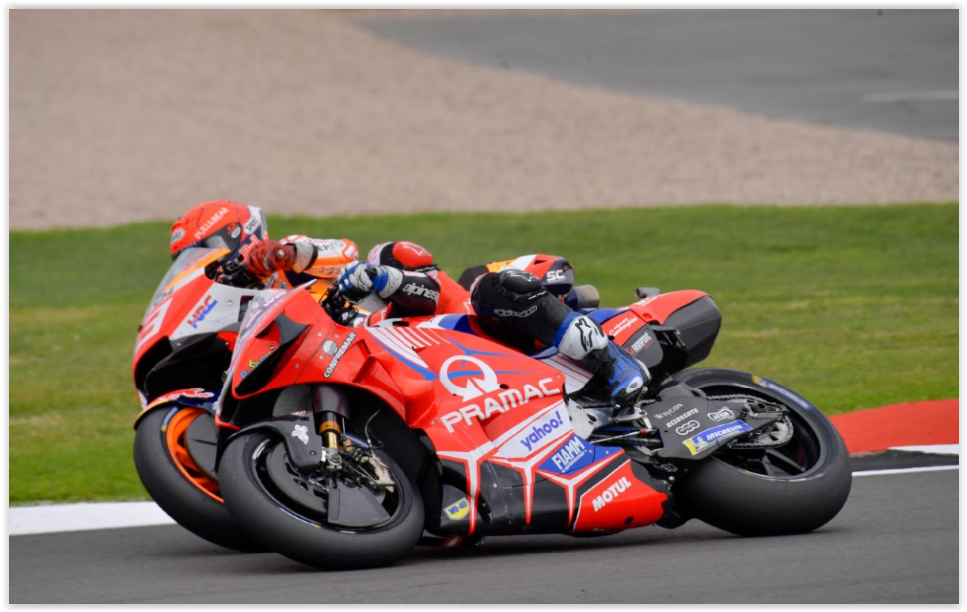 The FIM’s scandalous decision causes complete incomprehension Since the introduction of the new track limits, the highest motor sports authority has been covered in anything but glory. On the contrary, the decisions of the stewards repeatedly caused pilots, teams and experts to shake their heads violently and misunderstand them. Commentators and fans were also completely […] 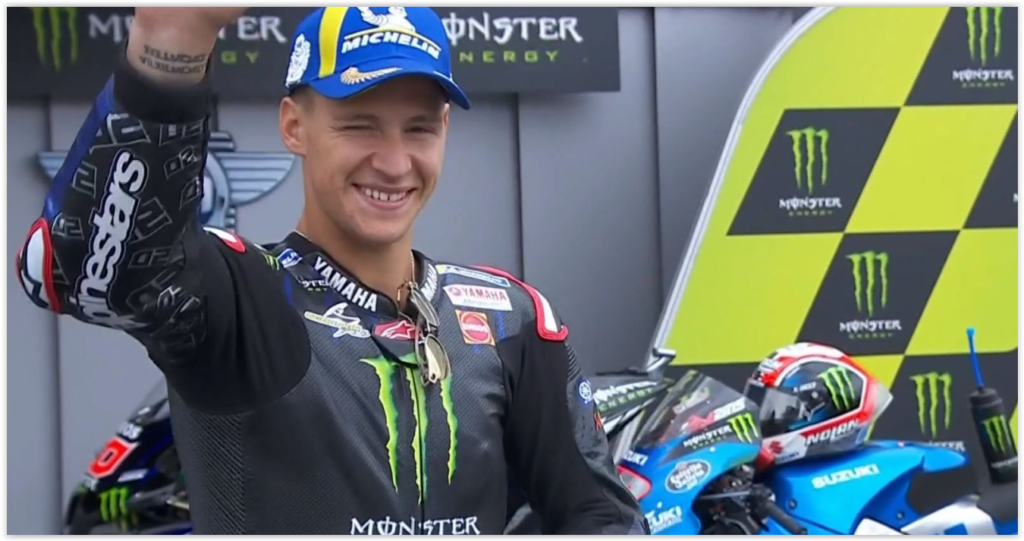 Two outstanding World Championship leaders and an Italian veteran In a separate article, we will shed light on that in England, with the crash between Marc Marquez and Jorge Martin, it was not the first time that fairness fell by the wayside. For our side, the failure to punish the six-time MotoGP world champion should […] 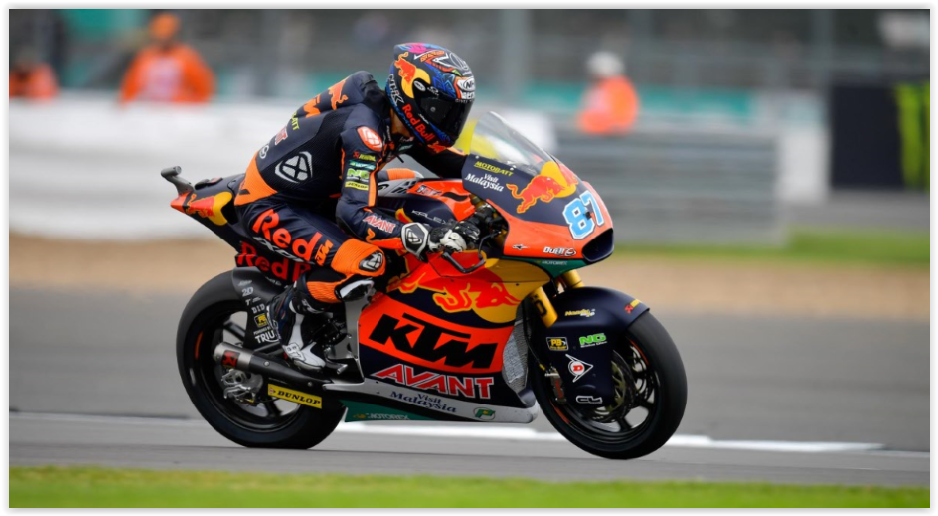 Raul Fernandez falls hard – Remy Gardner wins over Marco Bezzecchi It was the only race of the day at Silverstone in which the winner was not clear until the chequered flag fell. In other words, where the tension was kept from the first minute to the last. First and foremost, local hero Sam Lowes […] 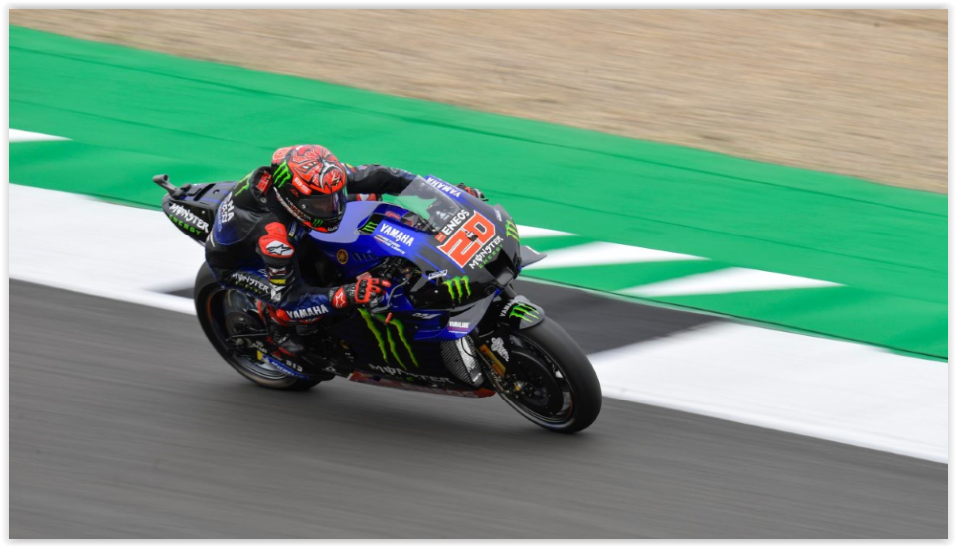 Quartararo sensational ahead of Rins and Aleix with first Aprilia podium As in Q1, Enea Bastianini fell again in the warm-up. Not surprisingly, Marc Marquez had the second crash that weekend and again in Turn 8. In the end, it was Jake Dixon who packed the trio on Sunday morning before the drivers finished their […]